Use browser back button, to return to last page visited. 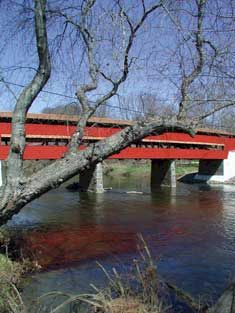 Before the end of the club’s first year, members decided to create a new trail following the course of the Brandywine River that would provide a link from Wilmington to the Horseshoe Trail, thence to the Appalachian Trail.  Wartime gas shortages being in effect, the idea of having a trail that started close to downtown Wilmington and went out into the countryside was very attractive. Permission was obtained from landowners, and in 1941 work began on the first section, from the Henry Clay Bridge half a mile south of Hagley, to Thompson’s Bridge, and on to Chadd’s Ford.  Several of the early landowners, including members of the DuPont family, became friends and honorary members of the club.  By 1946 a route had been scouted to extend the trail to the Horseshoe Trail with all necessary permissions secured and by 1947 it was complete, 28 miles in length. 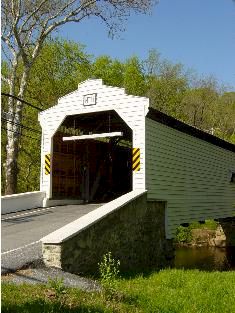 In 1943, Clayton Hoff, then chairman of the club Trails Committee, wrote a three-page report describing the historical and natural value of the area through which the trail passes. In some places it follows the route used by the Lenni-Lennapes; other sections pass through the remains of mills that used the power of the river for sawing wood or grinding flour. The lower section passed through Hagley with its “silent powder mills”. Old stone quarries could be seen, in use for more than two centuries.  Natural beauty was enhanced by a wide variety of wildflowers including “the walking fern, maidenhair-spleenwort and numerous lichens and mosses”.  Bird species include migrating warblers and residents such as mergansers, herons, ospreys and woodpeckers.  Particular mention was made of the two-mile section north of Smith’s Bridge. Hoff proposed that use of the trail should promote education, and interest in conservation.  He ended his piece with the question “Does the Brandywine Trail have a future?”

75 years later the trail is still in regular use and has survived development in the area which has necessitated some reroutes. Overall the length has increased – still 28 miles in 1966, but up to 36 miles by 1973.   The Chester County Trail Club has been an enthusiastic partner in maintaining and, where possible, improving the trail north of Chadd’s Ford. 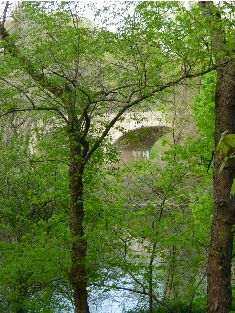 The first one-day hike of the entire trail was held on October 24th, 1949. Hikers carpooled and carried their own supplies.  The “End-to-End” has been an annual event since 1965, now held on the second Saturday in April, and has evolved to a fully-supported hike with participants from all neighboring states. The trail is marked by white blazes but some sections are on private land and therefore not open to public use around the year.

The trail starts at the Horseshoe Trail (HST) near Ludwig’s Corner, Pennsylvania, and ends about 36 miles later in the Brandywine Creek State Park near Wilmington, Delaware. It wanders down the scenic Brandywine Creek Valley through parks, farms, pastures and woods, and along country roads. About 40% of the hike is on rural roads, including a few miles at the start and more around Lenape. The scenic sections where the trail closely follows the creek more than compensate for the road walking. WTC laid out the trail in the early 40’s. The original idea was to connect the HST with Wilmington – about 26 miles. People were using public transportation systems a lot during the wartime; if they wanted to go outside of Wilmington they would generally charter a bus to take them because many did not have enough gas coupons to allow them to drive to places as we do today. So the idea of having a trail that started close to downtown Wilmington and went out into the countryside and joined another nature trail was very attractive. They got to work and contacted a lot of private landowners along the way. They were aided in that effort by one of the Du Pont family members, who also encouraged them to use his boathouse on Brandywine Creek for activities. Over the years changes in the HST route and development have added 10 miles to the trail and now the Chester County Trail club maintains the northern section of the trail. WTC trail-work trips are scheduled as needed during the spring, summer and early fall, usually on weekdays.

The Horse-Shoe Trail (‘Horse’ for riders, ‘Shoe’ for hikers) lies in southeastern Pennsylvania, beginning at Valley Forge National Historical Park and ending some 140 miles to the west, where it meets the Appalachian Trail in the mountains north of Hershey. The history of the Trail is entwined with the development of the iron industry in this part of Pennsylvania during the 18th and 19th centuries. The many furnaces and forges were connected by trails, portions of which have survived to form the foundation of today’s Horse-Shoe Trail.

The trail is kept open on both public and private lands in Chester, Berks, Lancaster, Lebanon and Dauphin counties by agreements with landowners, who have given permission to hikers and equestrians to follow the portions of the Trail that fall on their properties.

The trail expanded and evolved over time and has been open to the public since 1935, providing outdoorsmen and women with the opportunity to explore the region’s lush rural landscapes and visit local landmarks, including Hopewell Furnace, French Creek State Park, Middle Creek Wildlife Management Area, Cornwall Iron Furnace, The Park at Governor Dick and Mt. Gretna.

We maintain a 6-mile section in Chester County between Warwick Park and just south of French Creek State Park. WTC trail-work trips are scheduled as needed during the spring, summer and early fall. 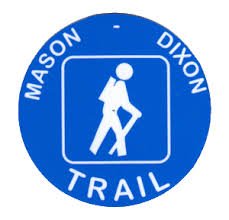 The Mason-Dixon Trail Trail System (MD-T) connects the Appalachian Trail with the Brandywine Trail.  This 199 mile long trail starts at Whiskey Springs on the Appalachian Trail, in Cumberland County, PA and heads east towards the Susquehanna River, passing through Gifford Pinchot State Park en route. The trail then follows the west bank of the Susquehanna River south to Havre de Grace, MD. Across the river, the M-DT continues east, passes through Elk Neck State Forest, then on to Iron Hill Park, DE, north along the Christina River and White Clay Creek to the White Clay Creek Preserve. The trail then heads northeast to its eastern terminus at Chadds Ford, PA on the banks of the Brandywine River.

Commencing in 1975, WTC members, were instrumental in the creation of the Mason-Dixon Trail (initially called the Brandywine-Susquehanna Trail), which extends from Chadds Ford to the Appalachian Trail near Mount Holly Springs. Bob Yost, a chemical technician at the Getty Refinery in Delaware City obtained nearly $1000 from Getty to help with initial development.  He had grown up on the west side of the Susquehanna and spent the summers of his teenage years making trails and camping along the banks of the Susquehanna.  When he became a member of the WTC and acceded to the position of Trails Maintenance Chairperson, he hatched the idea of developing a trail that would connect the Horseshoe Trail at Ludwig’s Corner to the Appalachian Trail. The trail route ran concurrent to the Brandywine Trail until Chadds Ford, and in the 1980s it was decided to have the Mason-Dixon start at the point where the two diverge.  There is a monument in Iron Hill State Park honoring Bob Yost for his work on founding the M-DT.

Members were involved in obtaining permission from landowners, blazing the trail route, and maintaining a 10 mile section from Newark to Elkton.  Soon afterwards, the club agreed to swap this section for 20 miles of trail on the west bank of the Susquehanna River.  By 1990 responsibility had been reduced to 10m  from Havre de Grace to the Conowingo Dam and later was switched to 8m in Elk Neck State Park as this, being closer, would be a better location for a Sunday work hike.  (~With thanks for this history from Rick Maerker of the Chester County Trail Club)

Check out this interesting MDT Newsletter Spring 1982 – Founder Bob Yost from 1982, who had the idea of one trail following and connecting the Brandywine and Susquehanna Rivers.  This amazing and diverse 199 mile trail is enjoyed by many every day!

Please fill out this form and we'll get back to you ASAP. Thanks for your patience! ~Cyndi Amon & the WTC Membership Committee